Relation between a migraine and Vertigo

Relation between a migraine and Vertigo

These migraines are usually seen with dizziness and drowsiness. It has been seen that rather than headaches a typical dizziness and drowsiness is felt. There are lots of medical ways in which this migraine associated vertigo can be kept in check. But, there is no other way of permanently treating it. Medication on a continuous basis will keep the pains and signs under control. Sometimes, acute pain can cause vomiting and terrible dizziness.

A Migraine associated with Vertigo has its own description

A migraine and normal vertigo are totally two different problems. Just because they are somewhere associated does not mean everyone will be affected by the two. Some people who have a migraine never suffer from vertigo and some people who have vertigo do not suffer from migraines. Migraines are recurring headaches with acute pain in eyes and in the forehead. This leads of losing of sense and getting highly nauseous. During the pain, vision gets blurred and it becomes difficult to stay put.

The pain is severe and medications have to be taken to keep the pain under check. Usually, the pain brings along dizziness and drowsiness and a long sleep relieves the pain for that time until the next attack turns up. Usually, the migraine is either related to acute sinus or power in the pair of eyes or hereditary. In all the cases, the migraine cannot be permanently terminated but, have to be treated. Vertigo, on the other hand, is being scared of heights. It is the illusion of mind and thoughts where the heights can cause dizziness and head rushes.

When put on an average height, vertigo can create an extreme head rush and the illusion will create the thought of a great fall from that height.

A Migraine associated with Vertigo leads to symptoms like an excessive headache with throbbing as well biting pains. Th pain can also lead to dizziness in mind and too much pain in eyes and forehead. The pain can persist if any steps are not taken to stop it. On and often head rushes are felt during walking, standing up abruptly or getting down from stairs and even looking down from an evidently high height.

Population affected by the MAV

The population affected from MAV or a Migraine associated with Vertigo is twenty-seven percent. Migraines are often misdiagnosed with sinus headaches. The two situations are totally different and often closely related but, definitely not the same things. It has been seen that women and men who thought their headaches as sinus were actually diagnosed with migraines. 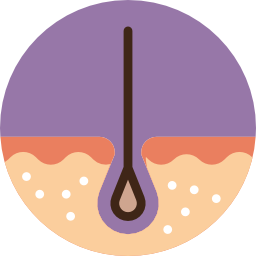 How to cope with ingrown hair on face?