Antiobesity Medications
Drugs for long-term treatment of obesity are orlistat (Xenical), lorcaserin (Belviq), and the combination of phentermine and extended-release topiramate (Qsymia).

Orlistat
Orlistat blocks the action of pancreatic lipase, reducing triglyceride digestion and, thus, absorption
sustained weight loss of 9-10% over 2 years
reduce absorption of some fat-soluble vitamins (A, D, E, K) and beta-carotene, as well as absorption of some medications.
Adverse effects include flatulence, fatty/oily stool, increased defecation, and fecal incontinence

Lorcaserin
Used as an adjunct to a reduced-calorie diet and exercise for long-term weight management in individuals with an initial BMI of 30 kg/m2 or higher (obese) or 27 kg/m2 or higher (overweight) with at least 1 weight-related comorbid condition (eg, hypertension, dyslipidemia, type 2 diabetes mellitus)
Lorcaserin is thought to decrease food consumption and promote satiety by selectively activating 5-HT2C receptors on anorexigenic pro-opiomelanocortin neurons in the hypothalamus
helping patients lose 5% or more of their body weight after 1 year and managing the weight loss for up to 2 years

Phentermine and topiramate
Used as an adjunct to a reduced-calorie diet and exercise for long-term weight management in individuals with an initial BMI of 30 kg/m2 or higher (obese) or 27 kg/m2 or higher (overweight) with at least 1 weight-related comorbid condition (eg, hypertension, dyslipidemia, type 2 diabetes mellitus).Use during pregnancy is contraindicated.
Topiramate has been associated with profound weight loss (an average of 5-7% of initial weight).
CNS effects such as drowsiness, paresthesias, memory loss, and confusion, is cause for concern.
the dose of topiramate (46 mg, although a 92-mg dose form is available for select patients) is lower than those used for seizure management (usually 200 mg twice daily). 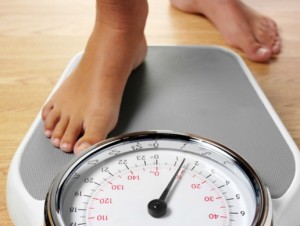 Drugs for short-term treatment
diethylpropion, phendimetrazine, benzphetamine, and phentermine.
used as an adjunct in a regimen of weight reduction based on caloric restriction in patients with an initial BMI of 30 kg/m2 or higher who have not responded to appropriate weight-reducing regimen.
Medications used off-label
selective serotonin reuptake inhibitors (SSRIs) and bupropion.Methylphenidate-(Not approved by the FDA for obesity management),Zonisamide,Octreotide

Diabetes medications
Metformin associated with weight neutrality or mild weight loss
GLP-1 receptor agonists results in weight loss among overweight or obese patients with or without type 2 diabetes
Higher liraglutide doses of 2.4 mg and 3 mg/day were found to be significantly more effective than orlistat for the management of obesity in nondiabetic patients
GLP-1 agonist regimens reviewed included exenatide twice daily, exenatide once weekly, and liraglutide once daily at clinically relevant doses for at least 20 weeks.

Antidepressants
several SSRIs may cause anorexia as one of their major adverse effects.
fluoxetine was associated with some weight loss, although this effect appeared to be limited to the acute phase of treatment
Bupropion is licensed for use as an antidepressant and in smoking cessation. It is associated with minimal to moderate weight loss in obese patients
A combination of bupropion and naltrexone (Contrave) showed significant weight loss in clinical trials

Ephedrine and caffeine
Ephedrine and caffeine are second-line options in the medical management of obesity
They both act by increasing energy expenditure, but they are associated with the potential for tachycardia, hypertension, and palpitations
these medications are associated with greater weight loss when used in combination than when used alone.
They cause 25-40% of their weight loss by inducing thermogenesis, but they also decrease food intake, which accounts for 60-75% of the weight-loss effect.
Neither substance has an FDA-approved indication for the treatment of obesity.

Some agents that initially showed promise were later demonstrated to be poor prospects in rigorous randomized intervention trials. These include the following:
• Guar gum
• Chitosan
• Axokine – Or ciliary neurotrophic factor, the use of which was associated with the development of autoantibodies and marked reduction in anorexiant potency in about 30% of subjects
• St. John’s wort
• Psyllium
• Conjugated linoleic acid
• Chromium
• Ginseng 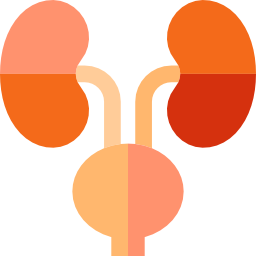 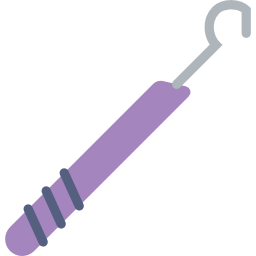