How alcohol consumption cause indigestion

How alcohol consumption cause indigestion

Alcohol is bad for health and liver; this has been heard and known. But, alcohol consumption can also create unprecedented indigestion. It starts irritating the digestive system without giving any warning signals. Drinking causes the stomach to create the extra acids which are required for the digestion, but, the excess production causes gastritis. Gastritis causes the stomach lining to get inflamed. This in return increases the pain of stomach causing vomiting and diarrhea. The number of pegs of alcohol determines whether there will be heavy bleeding.

Heartburn can be caused by the heavy consumption of alcohol. It is a very obnoxious indicator which takes away all the enjoyment out of our meals as the excessive burning sensation of our body creates trouble in taking our meals. Exceeding the drinking limits in a day can cause the heartburns to increase and cause excessively uncomfortable situations. It is very important to maintain the limits of alcohol drinking to reduce the effects of heartburns. The acids which get increased in the stomach due to alcohol drinking causes the heartburn.

Effects of alcohol affecting your stomach

Drinking causes the digestion of the foods very difficult as it especially reduces the capacity of absorption of the vital nutrients. The digestion of vitamins and proteins reduces and this causes problem for the body and the appetite. The disorder will become difficult for the drinker to handle and it tells upon the stomach and the digestive system. The digestive enzymes get reduced which is produced by the pancreas; this causes indigestion.

Alcohol consumption reduces the capacity of the esophagus. The Gastroesophageal Reflux disease or GERD is a medical condition which increases the presence of the acids in the stomach and thus, the foods come up the esophagus resulting in the chest burn and all. Too much drinking causes these GERD to get increased as the chest burn causes irritation to the heart and the mind. GERD causes pain when swallowing food and it becomes difficult to consume food.

Procedures in which you can save your stomach

Drinking is an addiction and reducing it in one single night is the toughest job ever. So there are certain rules which can be followed to reduce indigestion due to drinking. The first rule is to drink rarely and if possible try to skip the drinking groups and gangs. Keeping the drinking away is the best option rather than choosing a group which influences you to the path of indigestion.

Alcohols will cause troubles so better to keep it away even in home and office or in restaurants. If you feel the urge to drink once in one month then mix the drink with water so that the effects reduce to a low rate. Avoiding painkillers are required and doctors should show doctors which are very important. Having antacids can reduce the chest burns. Painkillers usually damage the lining of the guts and cause troubles on a much higher basis. 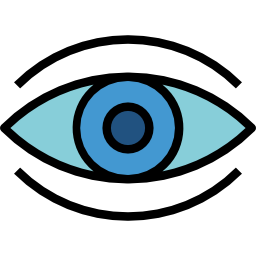 Menorrhea ,do we need a doctor visit