Do we really need to care about dyspepsia

Around 30-40% of adult experience symptoms of upper abdominal pain but only a minority seeks medical care and it indicates the importance of how really we need to care about dyspepsia. The remaining group has functional dyspepsia and they suffer significant morbidity. Patients will usually have continued intermittent symptoms in the long term and require additional medical care. Many of the symptoms have underlining cause and this should not be ignored and need proper medical check up to rule out other related medical condition.

Dyspepsia is derived from two Greek words   “duis” (difficult) and “peptin” (to digest), that refers to impaired digestion. It is a symptomatic diagnosis which refers to epigastric pain for more than 3 months, when not diagnosed otherwise. Upper epigastric pain, retrosternal burning , regurgitation , belching or early satiety after meals are symptoms of dyspepsia  due to stomach pathologies

Management of dyspepsia depends on intensity, severity and underlying cause of the symptoms.  In young patients i.e. less than 55 years, empirical therapy is prescribed initially and if it fails, test for H. Pylori (e.g. urea breath test )  is done  and treatment is done accordingly. Even if symptoms persist, EGD is done to know the underlying cause. Patients more than 55 years of age with alarming symptoms are advised to go for the EGD directly. To completely alleviate the symptoms, it is important to treat the cause. Heartburn and regurgitation are considered to be the cardinal symptoms of GERD if these are found in a dyspeptic patient treatment line should be focused on GERD. In the case of peptic ulcer or duodenal ulcer, commonly H. Pylori is the culprit. Hence,  H. Pylori eradication therapy should be started.

If   no alarming symptoms supporting any underlying stomach pathology are found but patient reports history of NSAID use or current use of them, NSAIDs should be immediately discontinued. In a scenario when NSAIDs can not be discontinued, prophylactic therapy is indicated. If symptoms still persist, further investigation is needed.

Functional dyspepsia supported by negative EGD, normal blood work, no NSAIDs use and no GERD symptoms is treated symptomatically.

Some modifications should be inculcated in lifestyle to alleviate the symptoms e.g. several small meals should be taken instead of large 2 to 3 meals, smoking should be stopped , alcohol and caffeine should be reduced and ideal weight should be maintained. Dietary modifications like consuming smaller meals with reduced fat intake can reduce the symptoms.  As it is found that diet rich in fat likely contributes to  bloating and fullness . Certain food like chocolate, mint, and alcohol are reported to aggravate the symptoms as they relax the valve between esophagus and stomach causing regurgitation.  Foods that have much acid content like tomato and oranges should also be avoided. It is advised that OTC drugs or self- medication should be avoided as much as possible. Persistent alarming symptoms like worsening and unexplained stomach or chest pain, vomiting blood, dark stools or swallowing problems should never be taken lightly. Diagnostic procedures should be immediately done, to cure the underlying cause

Empirical therapy of dyspepsia includes proton pump inhibitors (e.g. omeprazole, lansoprazole) or h2 blockers ( e.g. famotidine, ranitidine)  for 4 weeks and then reassessed. In the case of positive H. Pylori infection,   H. Pylori eradication therapy is given which includes PPI + 2 antibiotics (i.e. clarithromycin and amoxicillin), in the case of failure, antibiotics are increased initially to three and then to four. 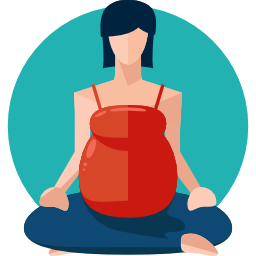 Things to understand about Stretch marks in pregnancy 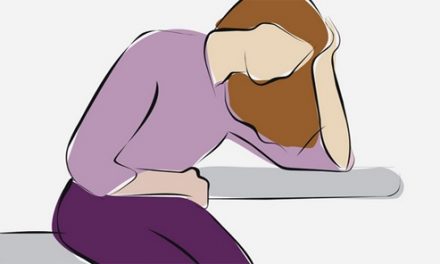