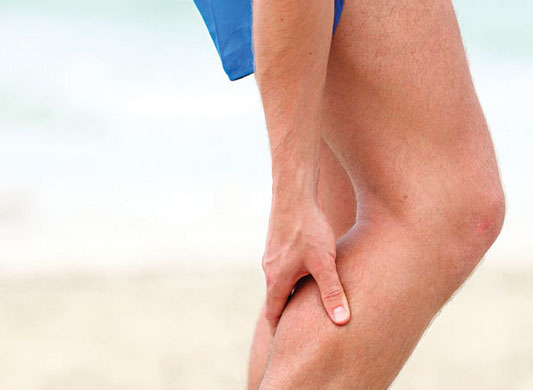 Deep venous thrombosis (DVT) and pulmonary embolism (PE) are manifestations of a single disease entity, namely, venous thromboembolism (VTE). The earliest known reference to peripheral venous disease is found on the Eber papyrus, which dates from 1550 BC and documents the potentially fatal hemorrhage that may ensue from surgery on varicose veins. In 1644, Schenk first observed venous thrombosis when he described an occlusion in the inferior vena cava. In 1846, Virchow recognized the association between venous thrombosis in the legs and PE.

DVT is the presence of coagulated blood, a thrombus, in one of the deep venous conduits that return blood to the heart. The clinical conundrum is that symptoms (pain and swelling) are often nonspecific or absent. However, if left untreated, the thrombus may become fragmented or dislodged and migrate to obstruct the arterial supply to the lung, causing potentially life-threatening PE See the images below.

Over a century ago, Rudolf Virchow described 3 factors that are critically important in the development of venous thrombosis: (1) venous stasis, (2) activation of blood coagulation, and (3) vein damage. These factors have come to be known as the Virchow triad.

Venous stasis can occur as a result of anything that slows or obstructs the flow of venous blood. This results in an increase in viscosity and the formation of microthrombi, which are not washed away by fluid movement; the thrombus that forms may then grow and propagate. Endothelial (intimal) damage in the blood vessel may be intrinsic or secondary to external trauma. It may result from accidental injury or surgical insult. A hypercoagulable state can occur due to a biochemical imbalance between circulating factors. This may result from an increase in circulating tissue activation factor, combined with a decrease in circulating plasma antithrombin and fibrinolysins.

Over time, refinements have been made in the description of these factors and their relative importance to the development of venous thrombosis. The origin of venous thrombosis is frequently multifactorial, with components of the Virchow triad assuming variable importance in individual patients, but the end result is early thrombus interaction with the endothelium. This interaction stimulates local cytokine production and facilitates leukocyte adhesion to the endothelium, both of which promote venous thrombosis. Depending on the relative balance between activated coagulation and thrombolysis, thrombus propagation occurs.

You have already completed the quiz before. Hence you can not start it again.

You have to finish following quiz, to start this quiz: