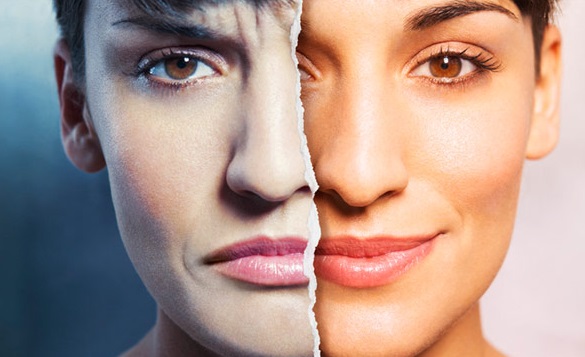 You have already completed the quiz before. Hence you can not start it again.

You have to finish following quiz, to start this quiz:

Bipolar disorder, also known as bipolar affective disorder (and originally called manic-depressive illness), is a mental disorder characterized by periods of elevated mood and periods of depression.[1][2] The elevated mood is significant and is known as mania or hypomania depending on the severity or whether there is psychosis. During mania an individual feels or acts abnormally happy, energetic, or irritable.[1] They often make poorly thought out decisions with little regard to the consequences. The need for sleep is usually reduced.[2] During periods of depression there may be crying, poor eye contact with others, and a negative outlook on life.[1] The risk of suicide among those with the disorder is high at greater than 6% over 20 years, while self harm occurs in 30–40%.[1] Other mental health issues such as anxiety disorder and drug misuse are commonly associated