Premature ejaculation (PE) occurs when a man reaches orgasm either before or very soon after penetration for sexual intercourse. The primary symptom is the inability to control or delay climax and release of semen. Psychological symptoms may also result from this such as depression and a feeling of inadequacy.

While there is no particular cause for premature ejaculation, there are psychological and biological factors that encourage the problem. These include rushing during illicit sexual activity to prevent being found out, feeling of guilt during sexual activity, anxiety, unusual levels of neurotransmitters (brain chemicals), unusual hormone levels, and inherited factors.

If a man continually experiences PE less than 2 minutes after vaginal penetration, medical treatment is advisable. There are three basic treatment options (among others) that effectively bring PE under control. They are Antidepressants, topical anaesthetics, and vasoactive agents.

Extensive research has shown how certain antidepressants deal with PE by delaying ejaculation and inducing anorgasmia. Selective serotonin reuptake inhibitors (SSRIs) are antidepressant drugs such as fluoxetine. Tricyclic antidepressants like clomipramine also regulate PE. These are all taken orally.

Topical anaesthetics are applied directly on the penis 20-30 minutes before penetration. They can be used with or without a condom, and have proven effective in delaying ejaculation. Long-term use of topical anaesthetics have shown to cause loss of proper erection because of their numbing effect. Another disadvantage is that they may also cause reduced sensation in the female’s vaginal wall during intercourse, thus reducing overall sexual satisfaction.

Vasoactive agents like alprostadil have been used to treat patients with PE who didn’t have any erectile dysfunction (ED) problems. They are injected into the body and have no reported side-effects.

One other treatment option, which is still undergoing trial, is adrenergic blockade. Drugs like alfuzosin delay ejaculation by influencing the sympathetic nervous system. 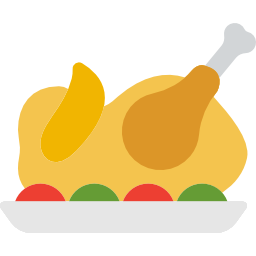 food to gain weight in a week

Changing position a better way to cope with pressure ulcer