Burns and scalds are caused by heat that damages the skin resulting in a variety of symptoms and identifying the burn levels is very much important in making the decision about treatment. The damage to skin due to heat can be caused by dry heat or with something wet. Burn is generally caused by dry heat like by iron or fire whereas scalds are caused by hot water or steam.Identifying the burn level in both the case of damage is very important in the first aid treatment and follow up treatment. Burn can be painful and the severity of pain in burns does not always indicate how much damage is done in the burn. It is relatively painless for severe burns than a minor burn.

Identifying the level of damage caused by burn or scalds are important in the ongoing treatment plan of the condition. There are three primary types of burns. First, second and third degree. The severity of the damage to the skin is indicated by each degree. First degree burns are generally minor and third-degree is considered as the most severe case. To identify the burn level and depth of damage it is important to understand the fact that epidermal depth varies with body surface which can offer varying degree of thermal protection. Older adult and younger children have thinner skin so the level of protection against the burn is different.
First-degree burn
It mainly includes the epidermis which is the outer layer of skin. In the stage skin usually becomes red and very painful but they’re less likely to have blisters. It is generally dry in appearance and will heal in 3-5 days. People can be treated for pain and fluid imbalance in this patient.
Second-degree burn
Second-degree burn can is classified into partial or full thickness depending on the level of damage. In partial thickness usually, blisters will be present and it involves the entire epidermis and upper layer of the dermis. The wound will blanch when the pressure is applied and will take several weeks (10-21 days) without grafting. The full thickness burn involves the destruction of the entire epidermis and most of the dermis. The sensation can be present but diminished. This kind of burn needs excision and skin grafting to heal.
Third-degree burn
This is the most series level of burn where all the layers of the skin are destroyed and the damage extends into the subcutaneous tissue. The burned area appear in black or white and will be dry. The sensation will be lost and they won’t be any pain.identifying  burn level is the initial step before proceeding to the treatment options

Identifying the burn level can be done only after making primary first aids.Stopping the burning process as early as possible which can reduce the further damage to the person. Remove the clothes or jewelry from the affected area but not try to remove the stucked clothes. Cool the area with cool running water and do not use ice pack this time. Cover the burn with a cling film. Keep the person warm by putting blanket but not on the affected area and this will help with hypothermia. Treat the pain with painkillers like paracetamol or ibuprofen. Keep the person upright and avoid lying down. 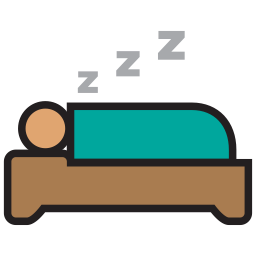 How surgery help to stop snoring?

Earwax removal is not always as easy as you think